Emmanuel Amunike on his Football Career

This football icon with a massive record in the history of football game ( Emmanuel Amunike) has now opened up on how he started his career.

He told Vangaurd: “ I started with a youth team; Osjac, in Mushin. We trained at Ikeja Grammar School in Lagos. At that time, I was a pupil of Cardoso High School, Badia, Apapa .
He continued, “ To this day, I still maintain a good relationship with my former teammates at Osjac and my first coach, Raphael .
“ Many sacrifices were made as I recall embarking on road walks from Badia, Ijora to the National Stadium (Lagos) and then jog back to the school with my teammates at youth level .
“ We did these things because we wanted to fulfill our dreams of playing at the highest level .”
The former Sporting CP of Portugal added: “ I also played for the Lagos State U-13 team. The team was coached by Yemi Tella and we represented Lagos State at the National Sports Festival . 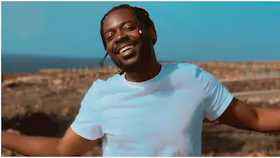 “ Those days, many footballers were viewed as illiterates and a nuisance in society but I always had the dream to play for the Super Eagles .”
Amuneke believed that participating in the 1991 African Games contributed to his success.
“ My participation at the All Africa Games in 1991 in Cairo also helped in my move to Egypt because it was at that tournament that Zamalek scouts spotted me .
“ I thank James Peters (coach of the Nigeria team) for the opportunity because he already had a settled squad before I joined the U-23 team at the time .”
The 49-year-old won the Africa footballer of the year in 1994, and two years later was crowned BBC man of the year. 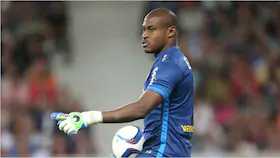 The mercurial midfielder earned a move to Paris Saint-Germain after the tournament for a record fee, the highest ever by an African player.
Facebook
Twitter
Linkedin
Whatsapp
Telegram
Messenger
leave your comment